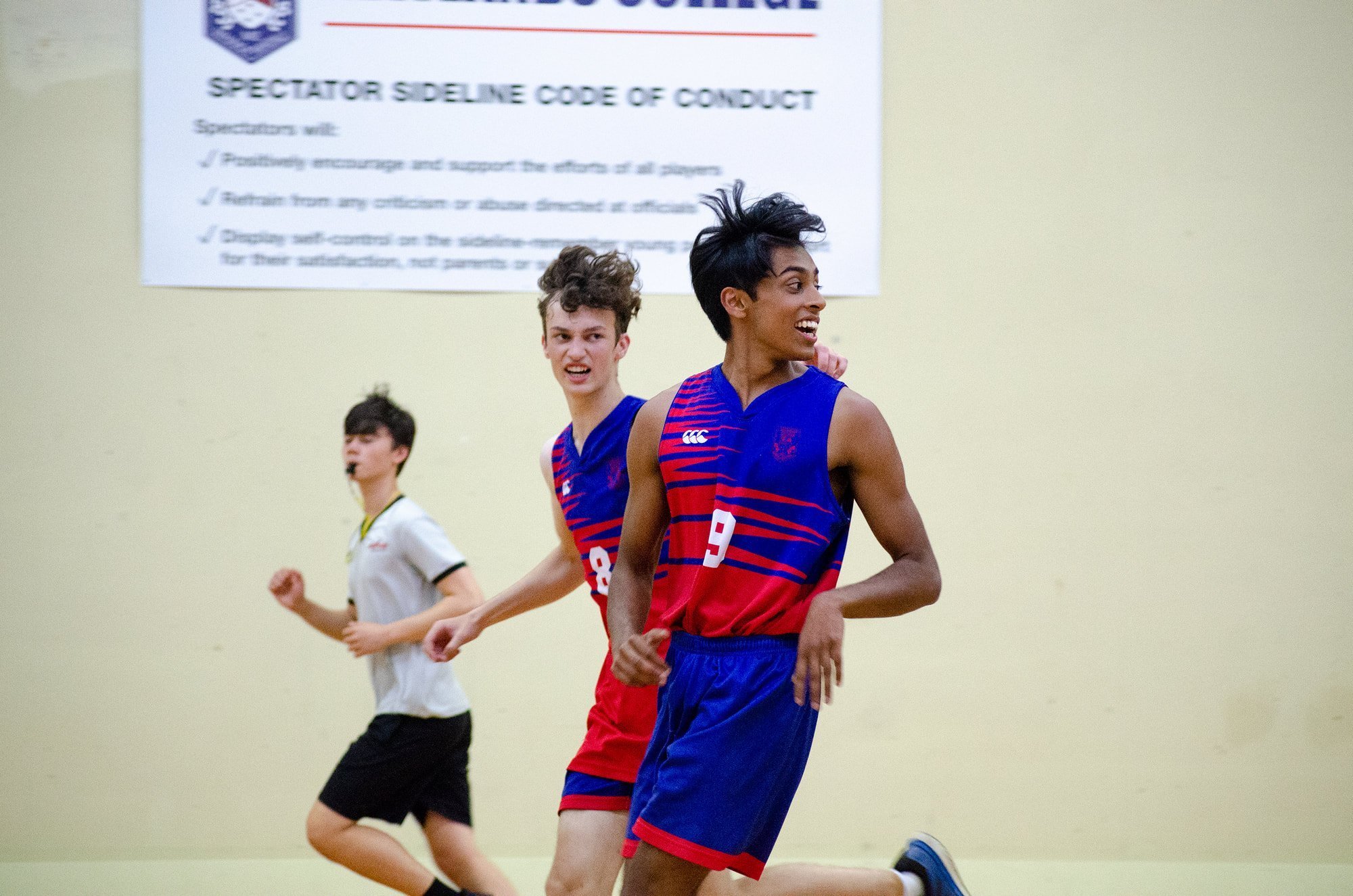 Yohan de Silva running back after a basket

Here are our Top 10 Moments of The Summer Series 18.

It was exciting watching Luke Bond play this year, with a crazy ability to capitalise on three-pointers from the corner, and driving into spaces that nobody knew existed. This young star shined during SS18, and we can't wait to see what Bond will bring to basketball outside of The Summer Series.

This moment in SS18 was one to remember for Fraser Beggs, as he helped assist his team to a ten-point victory over Heretaunga way back in Round One. The first game of the Boys Division was well fought, and showed what could be a very competitive rivalry between the Heretaunga Boys and the Kapiti Basketball Association. Beggs scored 31 points, and kept cool shooting 90% from the free throw line.

#8 - COLLINS AND THATA-PAESE COMBINE FOR 79 POINTS

You don't see a more exciting duo than this in College Basketball. Malachi Collins and Tyson Thata-Paese ripped straight into a defenceless Heretaunga team during their Semi-Final, combining for a record high 79 points. Collins scored 34 points, while Thata-Paese equalled the overall most points scored in a game with 45. The record is now tied between Thata-Paese and Collins, with 45 points each.

Lauren Smith kicked Newlands' campaign off to a flyer when she took to the Kapiti defence, scoring 39 Points, 14 Rebounds and 7 Steals. She still holds the record for the most points scored in a game for the Girls Division. She also managed to chuck in five assists too, just to show some love to her team mates. Smith shot 67% from the floor, and most of those points came off the glass. She was unstoppable in the post, and gave her team the edge to take the win.

It was a thrashing in the first Semi-Final of The SS18 Boys Division, Heretaunga taking on Tawa, and Tawa had no plans on showing any mercy. Heretaunga who were missing some key players couldn't stand up to the height of Tawa. Tawa hold the record of the overall most points scored in a game for a team.

For the first triple-double of the tournament, it was definitely the most convincing as well. Kitana Tawera of Wellington East took to the Heretaunga defence, and came out on top, with 27 Points, 12 Rebounds and 10 Assists. Playing the whole 40 minutes, Tawera gave it all to help her team secure the victory by 56 points.

We aren't sure if it's a first, but it's a first for us. We saw the best that the competition had to offer with players from almost every team in SS18 combining to make Team Summer Series, who would come out as champions against local school side The Striking Charmaines. The Challengers Game proved successful, with a fun atmosphere, and a competitive aim. Fraser Beggs claimed MVP with his fan vote.

The MVP system for The Summer Series is different to most, as you don't necessarily need to be the highest point scorer, or the most athletic on the court. It is given to those who stand up, show leadership, and demonstrate the reason that basketball is played in a team environment. Samuel Gold took out the MVP for the Boys Division for his leadership on court, and for his impressive contribution to the stats sheets, averaging 24.5 Points, 15.8 Rebounds, 4.3 Steals, and 3.3 Blocks per game. Phoenix Patea demonstrated leadership abilities on the court to her younger team, which was dominated by Junior Division players in college Sport Wellington. She also was the key to East's victories, averaging 19.6 Points, 4.8 Steals, 6 Rebounds and 6.4 Assists per game. She also shot 63% from the floor throughout the season.

Normally those who have been around Newlands Stadium long enough know that there are a few warnings around the place that warn about swinging on the hoops, or throwing down that slam dunk. Not only did the trio of Ben Gold, Sam Gold and Malachi Collins ignore that, they also obliterated the rims. We're surprised that the backboards didn't shatter. The Summer Series wouldn't be flipping the bill that's for sure. The trio dunked more times than we had referees and scorebench officials last year, which was over 25.

Tawa and East. Two teams that soared through the competition and took out their divisions. As much as the competition is about development and skill building, we have to acknowledge teams that have played and won. Wellington East took out the Girls Division with a win over Newlands, while Tawa College took their division out with a competitive game against Kapiti Basketball, who shocked Newlands in their Semi-Final.