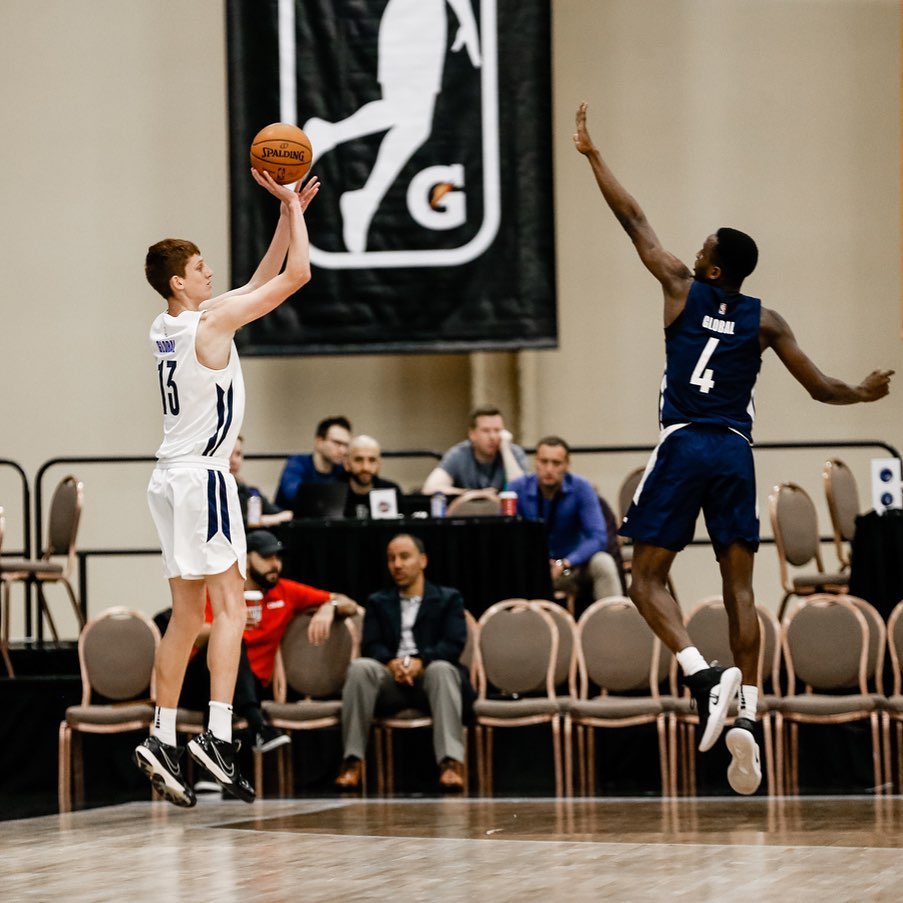 When you hear the word Gold, normally you wouldn't expect someone to be talking about basketball. The association with Gold and basketball isn't made easily. Possibly a year ago with a certain NBA franchise. While some things of gold deteriorate, some shine. Let's talk about Ben Gold.

Ben Gold has made two appearances in The Summer Series, showing his talent alongside his brother in both seasons. It's not just what he can do on the court, it's what he's been doing off it. We start with things like 6am morning trainings with Kenny McFadden. Every day of every week during the term, Kenny's out there supporting and growing the game of basketball. Most days of the week, Ben's there too. Before school time, he's working hard to better himself. If you didn't know, he goes to Tawa College. Half an hour drive there, and in traffic an hour back to make it on time for class. When he's not at the morning trainings, he's working outside of school time, getting shots in, going to trainings with Tawa College, as well as his own personal sessions. If he's not doing all of this, he's with the Centurion Athletic programme which consists of stamina, strength, agility and other mentally and physically challenging workouts. There's a lot on Ben's plate.

Ben stood out in The Summer Series for the games he played. Taking some time for a holiday and a short rest from basketball before coming back and smashing a 24 rebound SS Record in the process. He made a strong impact to the team, and helped Tawa comfortably take home The Summer Series title once again.

Jumping into the College Sport Season, we would love to tell you the success he had during it. Sadly the Premier Division for College Sport doesn't have statistics, which means you can only take our word about performance. The best way to put it would be Tawa won the title for 2019, their first time ever. Ben played an instrumental role in the success of Tawa's first Championship title in the Capital. Stepping onward to Regionals, Gold managed to help Tawa go to the National Championships for the first time in Tawa's history. After a heavy defeat last year saw them knocked out of the Top 5 teams, a fourth place at Regionals saw them make their way through.

Jumping into the Pool of Death, it was the Top 4 for College Sport again. A real shame having to play the same teams again at a National Championships. That didn't stop Ben however. He rose to be the 2nd top points scorer in the entire competition, averaging 28.6 points per game. Scoring 229 points in eight games is quite a lot. There is so much more that detailed statistics could tell us, such as his assists, but of course it's hard to keep stats for every game over 11 different courts. Averaging 2 blocks, 3 assists, 21.3 rebounds per game in The Summer Series 19 gives you a rough indicator of the overall picture.

A great year for Ben continued from the previous season also, where he was selected to represent New Zealand at the U15 FIBA Oceania Championships in Papua New Guinea. Second place, averaging 10 points per game and dropping a massive 29 pointer in the process is not a bad effort. Selected as the winner also of the College Sport Wellington Sportsperson of the Year award for Basketball, he couldn't attend the prizegiving for another very special basketball related reason.

Ben was part of a very special select group from around the Australasia region that participated in the NBA Global Academy in Australia. A valid reason. I'm sure we all agree. From then on, Ben has been showcasing his talents around the globe, including most recently at the G League Winter Showcase, which is the step down from the NBA. He was selected to travel for a camp that would play a scrimmage game on the showcourt in Las Vegas. Two games were played over the few days that the event took place.

Ben works hard. Harder than anyone we've seen before. Hard work pays off. Whether it's playing in the Tawa Basketball League on a Thursday Night, or going over to America for a four week camp in front of the world's biggest names in scouts. He's working hard. I guarantee while we go to the beach, while we spend time off work, off school, off studies, Ben Gold is working hard to achieve his dream. Hard work pays off, and it certainly shows.