Junior 3×3 taking off in Lower Hutt 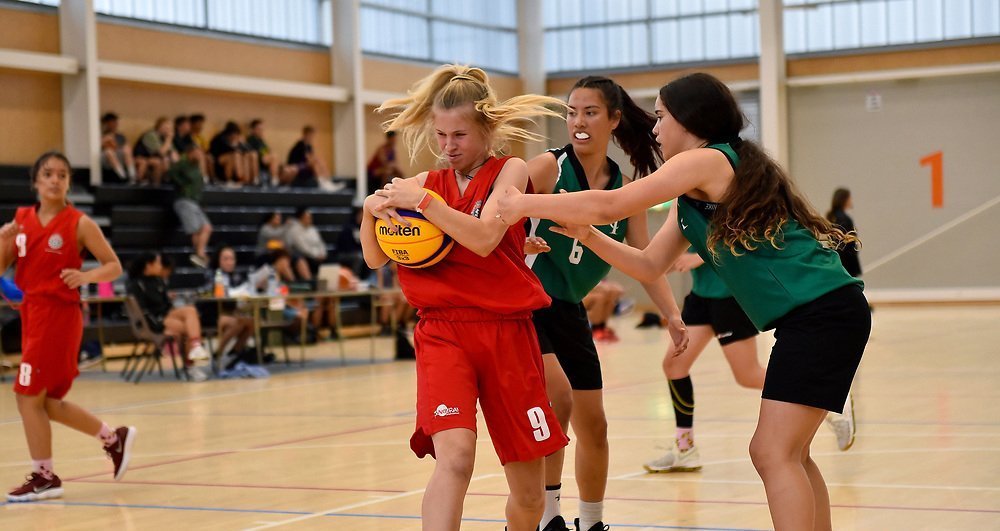 24 teams headed to the Walter Nash Centre on Tuesday to be part of the fastest growing sport in the world, 3x3.

3x3 is the Rugby Sevens of Basketball, with changes such as a 12 second shot clock, and three per team. With schools traveling from as far as Otaki, the stage was set for a day of fast-paced action. College Sport Wellington changed the rules to allow more juniors to compete, increasing the team size from four, to five.

Newlands College were the only Summer Series team to enter, along with two Paraparaumu College students that play for Kapiti. The two sides managed to finish 6th and 7th respectively in the U15 Girls division, while the boys finished 13th in a highly competitive U15 Boys division.

The Girls division proved to be an exciting and competitive bracket, with Taita College showing their dominance over Paraparaumu and TKKM o Te Rito go advance to the final, while Junior Zone 3 Regional winners Sacred Heart advanced straight to the Semi-Finals by finishing top of the overall ladder. Sacred Heart took on Wainuiomata in their Semi-Final, and brushed past them with ease, winning 10-3 in the 10-minute match. The final was set with Sacred Heart taking on Taita, which Sacred Heart managed to get away 9-4 to be back-to-back Junior 3x3 Champions.

The Boys division had four pools, meaning the competition was going to heat right up. Rongotai, Aotea, and Mana were the teams to heat heading into the Quarter-Finals, with Onslow and Hutt Valley High coming in close in their Junior 3x3 debuts. Semi-Finals saw Mana take on Rongotai, after Rongotai narrowly took down Onslow by three to win 13-10. Aotea faced Hutt Valley high in another close game, winning by only four to see their 10-6 match take them through to the final. Rongotai held Mana to single digits to get them through 12-6. In what was an intense final, Rongotai College came on top, taking out Aotea 12-10 in a hard-fought battle. Emily Smith and Development Panel official Chonie Folau-Douglas were placed in charge of the game.

Congratulations to everyone who participated in the competition, and we can't wait to see what 3x3 has in store for next year.