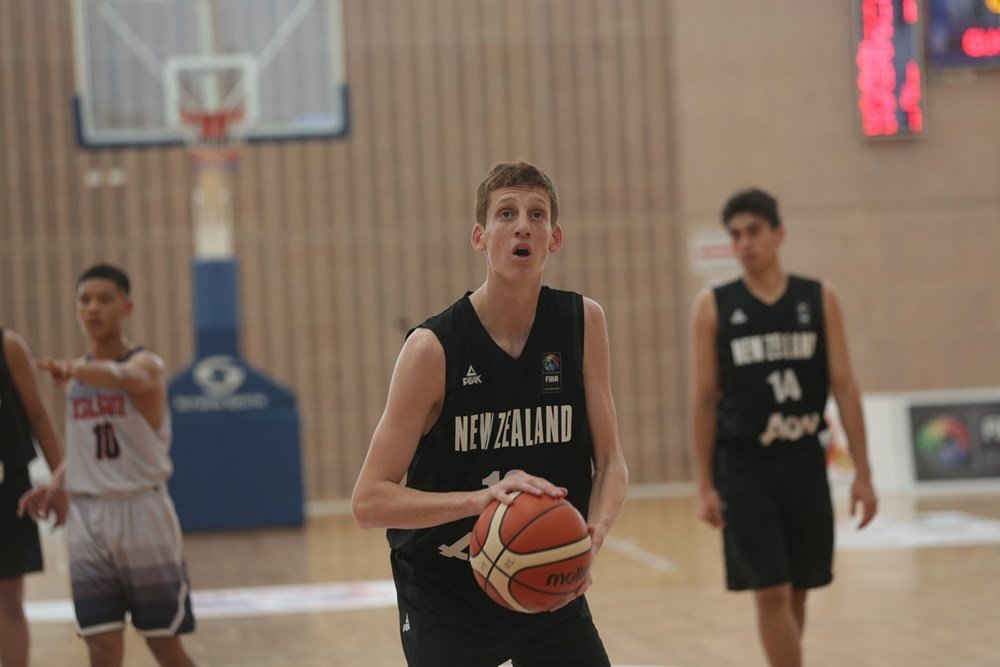 Earlier in October, Tawa College's Benjamin Gold was selected to fly away with the Aon New Zealand Under 15 Boys team to Papua New Guinea to compete at the U15 Oceania Championships.

Opportunities like this don't come around very often, and it's fantastic to see Ben taking his skills and abilities onto the world stage. Hard work and dedication can take anyone a long way, and Ben is a perfect example of this. Back in August, a squad of 27 was selected to attend an U15 training camp in Auckland, and out of those 27 players, Ben was selected to play for his country.

During The Summer Series in February 2018, Ben played alongside his brother Samuel, in a team that had a strong family connection, with father Rob coaching. Ben last season recorded an average of 15 points per game, 9.8 rebounds, and shot a crazy 100% from the free throw line.

We aren't even halfway into the FIBA U15 Oceania Champs, and Ben is already stepping up to the mark, scoring an international personal best of 29 points in one game vs the hosts Papua New Guinea to help his team secure a 163-51 win. Ben shot a crazy 93% from the floor, nailing 11/12 of his shots, and 2/2 of his three pointers.

New Zealand are yet to lose a game, and come up against competition favourites Australia on Wednesday at 6pm New Zealand time.

We are very proud of Ben and congratulate him on all of his hard work and dedication that has given him a chance to play for his country. Keep up the good work, and we look forward to seeing New Zealand move past the group stages and have a chance to win the competition.