3rd Place Matches Closer Than Ever 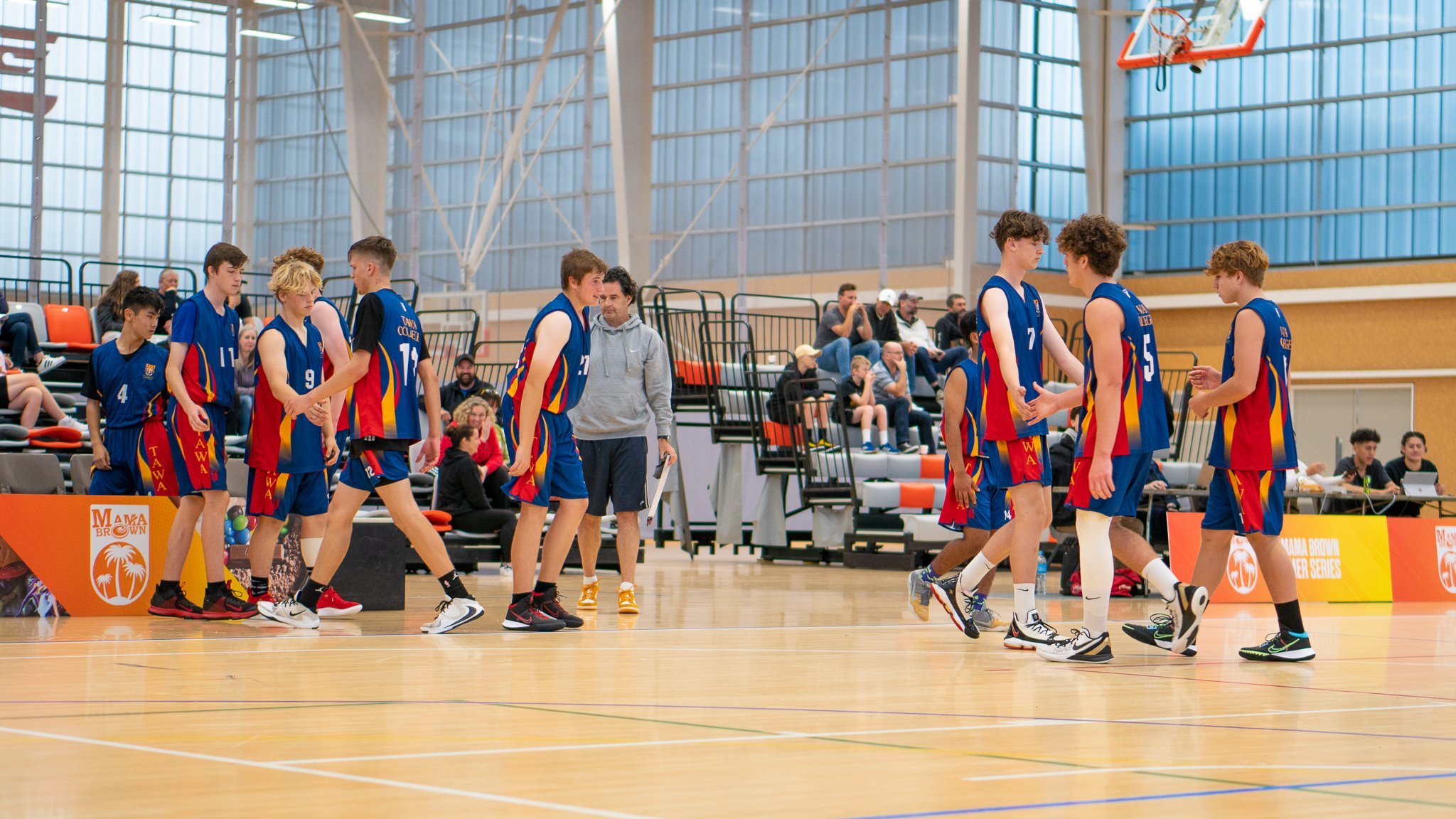 Fifteen teams participated in 55 games during this year's Mama Brown Summer Series competition and it came down to the final day to work out who was going to take home the trophy.

The Mama Brown Summer Series has been in going since 2018 and started with only four teams per division. Since then, the amount of teams participating has doubled in each division, meaning over 200 players took the court this season. Those numbers created a more competitive environment and lead to individual success as well as team success standing out. On Saturday 10th April, eight teams came to play in four games which all were exciting. There was no way to pick a winner coming into the games, and that showed throughout the day.

Starting with the Boys 3rd Place match between HIBS and Tawa, it was a matchup that was going to go down to the wire. News that Cairo Leong who top scored the entire competition with 252 points, averaging 42 per game was out with concussion, it was already in Tawa's favour to take it out. Patrick Freeman of Tawa was playing out of his skin during the regular season, averaging 30.4 points a game and collecting a ridiculous amount of rebounds with 24.9 average. In 2020, Freeman looked at around 15.3 points a game along with 5.8 rebounds. That's a glow up if we've ever seen one. The game started off slow with only 18 points scored in the first quarter between both teams. Corey Lovell was pulling rebounds for HIBS out of nowhere and finished the day with 10 of them. His collection under the rim helped HIBS stay in the game as they shot 23% from the field. Ben Wilson top scored for HIBS taking on 17 of their 47 in the low scoring affair. Tawa launched into action late into the 4th quarter and collected a 12 point victory, scoring 59 to take the game easily. Three point shooting wasn't great for Tawa, hitting only one from the 18 attempts. Regardless, shooting better from layups and mid range jumpers saw Tawa home, hitting 22 of them compared to HIBS' 8.

Heretaunga were aiming to take another victory against Kapiti in the Girls 3rd Place matchup. Coming in favourites, their aim was to score more than Kapiti. Simple, right? Kapiti had come into the game with a full squad, including Louise Scriven and Imogen Weir who had helped the team come 3rd during the regular season. Both have played in the competition since 2018 and were ready to finish strong in Kapiti's fourth season. Heretaunga had three standouts this season with Minnie Simpson, Carley Brooking and Tayne McKinnon. Brooking being the one to focus on with 5.8 blocks per game average and 10.5 rebound average, she was a defending machine. Starting the game, Heretaunga took charge immediately, jumping to a 7 point lead early leaving Kapiti to play catchup. Louise Scriven made sure that points weren't an issue, nailing 18 of them along with 15 rebounds, giving Kapiti a chance to keep in the game. Esther Roberts also came to play with 10 points and 15 rebounds, a personal best for her. She was fouled out in the 4th, leaving a defensive gap for the remainder of the quarter. Imogen Weir managed to snatch up 15 rebounds and a solid 6 offensive boards to keep the second chance attempts flowing. Heretaunga's star three combined for 48 points with Carley and Minnie scoring 17 each, and Tayne clocking 14 points and 18 rebounds. But it was Brooking's defensive energy that helped Heretaunga with the win. Brooking managed to pull 11 rebounds, 9 steals and 6 blocks. That was almost her first triple-double (we will need to review the stats on that one). They helped boost Heretaunga to a four point win over Kapiti